Dismiss Notice
Thanks for being a member of our community. Please donate toward site expenses if you can. 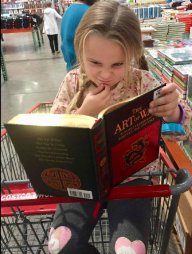